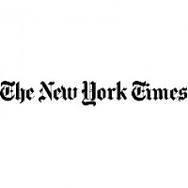 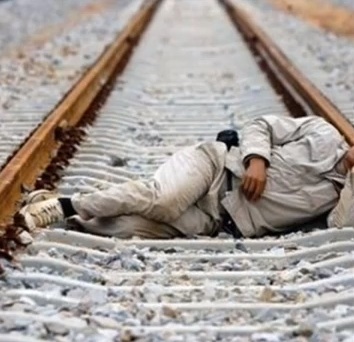 In Europe, Divorce and Separation Become a Burden for Struggling Fathers

MILAN— The pain of Europe’s economic crisis is being felt sharply by a new class of people: separated and divorced men who end up impoverished or on the streets as they struggle to maintain themselves while keeping up child support and alimony payments.

The number of fathers who find themselves in such difficulties is hard to pin down, and while it may not be extremely large, it is growing, according to researchers, government statistics and anecdotal accounts from social workers, particularly in Europe’s hard-hit southern tier.

In Italy, where the phenomenon is perhaps most acute, it reflects a fearsome combination of forces as the four-year-old economic crisis meets the steady fraying of the social safety net and the slow-motion implosion of the Italian family.

For some separated fathers, the burdens become unbearable as they find themselves jobless or unable to make ends meet as their children, facing grim economic prospects themselves, remain dependent on family support into adulthood.

“The support that Italian families used to provide,” which essentially substituted for a welfare state, “is no longer something that can be taken for granted,” said Alberto Bruno, provincial commissioner of the Italian Red Cross in Milan. His volunteers, he said, have come across men living in cars, even in Milan’s Linate Airport, “mixing with passengers, dressed in their suits.”

One volunteer, Gianni Villa, 25, who takes food, clothing and blankets once a week to Milan’s growing legions of homeless, said he was surprised at the change he had seen. “Before, men who lived on the streets were vagrants, people adrift or drug addicts,” he said. “Nowadays you find people there because of the economic crisis or because of personal problems.”

“They don’t tell you they are fathers,” he said, “because they don’t want their family to know.”

Franco, 56, who did not want to use his full name so as to avoid the shame of his wife and two daughters learning of his troubles, left his native Puglia in April after his business went bankrupt. He said he traveled to Milan to look for work, in part to keep up alimony payments to his wife of 34 years, whom he is divorcing. The couple separated about a year and half ago, he said.

“In Puglia I was living day to day, but I couldn’t keep that up forever,” he said, adding that he was still supporting his daughters, both of whom are in their early 20s but unemployed.

With no place to stay in Milan as of April, Franco said he was “very fortunate” to meet a man at a McDonald’s who gave him a blanket and showed him “the ropes of living on the street.” It was not long before he was sleeping on a box under the portico facing Milan’s stock exchange.

Separations and divorces have steadily risen in this traditionally Roman Catholic country since divorce was legalized in 1970. In 1995, 158 of every 1,000 marriages ended in separation, and 80 out of 1,000 in divorce. In 2009, the last year for which statistics are available, the numbers had reached 297 separations and 181 divorces per thousand, according to Istat, the national statistics agency.

Even though a 2006 law made joint custody of children the norm when parents split, Italian courts continue to make mothers the primary caregivers while fathers bear the financial brunt of the separation. Critics say the law, as it is applied, favors women, whose participation in the work force has steadily grown, reaching 46.5 percent, according to Istat. Still, more than half of women who are separated also see a decline in their economic conditions, Istat said.

“I was attacked by the Italian justice system,” said Mr. Vaghi, 43, a board member of thePapa Separati Lombardia movement, a nonprofit that assists single fathers and lobbies to improve Italian family law legislation.

“Society is changing, and with it the roles of the father as the breadwinner and the mother as homemaker,” he said. “Legislation should take that into consideration.”

Unfortunately, “there isn’t much will to change things,” he added. He and others attribute the resistance in part to the still-powerful influence of the Catholic Church in Italy, as well as the fact that Parliament is filled with lawyers who have little interest in reducing litigation.

In Spain, court filings against fathers who have not paid child support have risen sharply since the start of the economic crisis. Recent news reports in places like Navarra and Galicia describe fathers who have been jailed for failing to support their children. In April last year, a Barcelona judge denied parental custody to a divorced father, citing the fact that he had lost his job.

Poverty among single parents is “a rising phenomenon,” said Raffaella Saso, who wrote on the “new poor” — separated fathers and single-parent families — for the annual report of Eurispes, the Rome-based research institute.

Homelessness, too, is growing. In Greece, Klimaka, a charity group, estimates that the number of homeless has increased by 25 percent in the past two years. The trend is a concern in a country where traditionally strong family ties have usually averted such phenomena. A third of those who had registered as homeless were divorced or separated, and mostly men, according to a study published in February by the National Center for Social Research.

In Italy, charities say that a growing number of those using soup kitchens and dormitories of churches and other agencies are separated parents. “An uncomfortable reality but easy to believe, considering that 80 percent of separated fathers cannot live on what remains of their salary,” Ms. Saso, the researcher, wrote.

The Rev. Clemente Moriggi, who oversees the Brothers of St. Francis of Assisi, a Milanese Catholic charity, said that in the past year separated fathers, ages 28 to 60, occupied 80 of the 700 beds in the foundation’s dormitories, which do not house children. That is more than twice the number of just a few years ago.

“These men earned average salaries that only left them tears to cry once they paid their alimony and mortgages,” Father Moriggi said. “They are the people who come to us. But this is not a situation where family life can prosper. They feel ashamed to see their children in these structures, and this makes them suffer. And makes relationships suffer.”

In large cities like Milan, Rome and Turin, local administrators are becoming increasingly aware of the crisis. Two years ago, lawmakers with the Milan Provincial government inaugurated a housing project for separated fathers at the Oblate Missionary College in Rho, just outside of Milan.

The men occupy 15 rooms in a recently refurbished 16th-century guesthouse that also caters to tourists and pilgrims. The lodgings are spare, but the exquisite setting, in a park, is welcoming for children to visit.

Each month, guests pay 200 euros, or about $250, a month for lodging and assistance from psychologists and social workers, and the province pays twice that as a subsidy.

Fabio, 51, has lived in the Rho facility since January last year, when he separated from his wife, who lives near Milan with their 13-year-old son. Fabio’s monthly salary of 1,200 euros, or about $1,500, earned as a bookbinder, did not go far once alimony and mortgage payments were made, so the housing has been a relief.

Despite his hard times, he remains optimistic. “I hope to find a home for myself because I can’t stay here forever,” he said.