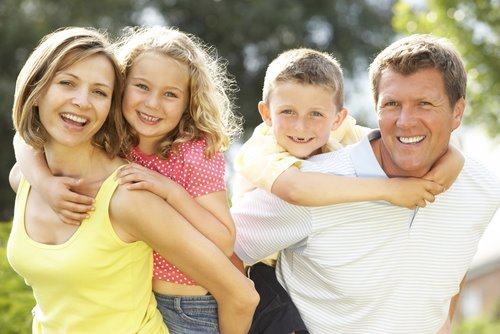 I am the child of the feminist movement.

I grew up a latch-key kid, with two working parents. My mother cooked and sewed and struggled to keep work while raising three daughters. My mother also remembers having to wear skirts to school, standing in the snow, waiting for a bus in a plaid skirt and knee-highs. She remembers the day it was permissible to wear pants to school. My mother was raped at a laundromat, in front of her daughter, when she was in her 20′s. She was long married to a porn addict and repetitive cheater. And today my mother is a stereotypical man-hater. She is thrice divorced, alone and bitter. My mom’s had a tough life. But it’s not my life experience.

Fast forward to today. My mother finds it offensive that I am mostly a housewife. Offensive. From her point of view, I am vulnerable.

“I can’t live that way mom, always from what-if,”  I respond.

My mother doesn’t see the value in being a full-time mother. All she sees is the risk. But I am seeing a wonderful, new shift in femininity. I see women who are educated and hold degrees and careers. I also see those same women take several years off to raise their children (really it’s only five years before your kids are in school.) I see, for the most part, that this arrangement makes for happier marriages and parents. While there maybe those moms who don’t want to stay home, most do, at least for a while, when the baby is small. I see gender roles that are clearer and not at all demeaning. Women who support their men, men who support their women.I see gender roles that are shifting: men who tackle parenting and cooking and cleaning right along side their wives, who themselves are fixing sinks and balancing the checkbook and leading stellar careers. I see balance happening.

I also see more people reviving the real lost arts of femininity: knitting, cooking, sewing and writing. In short, the things our ancestors did because the had to, those are the things women are doing to connect with the legacy of their steadfast, strong female ancestors.

Now don’t take this as a sweeping stereotype. There are many different sides to each story, to each relationship. Some dads are staying home and the wives are breadwinners. But in the end I see people communicating and sharing the load.

It’s not about what a woman looks like. It’s not about sailing a boat or playing a violin. It’s not aboutkeeping clothes on or taking them off. It’s not even about being a housewife or working mom. What it is about is finding balance. It’s about a woman being able to do whatever the hell she wants to without being told what to do, how to dress, how to act.

I have a lot to say about feminism. There were some pretty negative things that happened as a result: the job market flooded and pay went down. It used to be normal that a man could support a whole family on one income. Now that is the luxury. I see people working to the bitter end, with no retirement and no savings and no family. I see people paying thousands of dollars to pay other people to watch their kids, just so they can go to work to pay the mortgage and put a little food on the table.  But these are economic repercussions. I don’t really give a damn about a man opening the door for me. I want a life partner who can provide trust and stability and communication. And in trade he gets a woman who treats him with respect, who doesn’t demean him in public
(c’mon ladies! Why is this so common? WHY?!) and who cares more about relationships than shiny things.

That is the lost art of femininity and masculinity. Moving beyond the current stereotypes of women whose value lies in the flatness of their bellies and the size of their bra cup; past the stereotype of men as brainless oafs whose intellect lives in their pants and who can be undone by a titillating photo of nudity. Moving into the ability to be in a stable relationship, supporting each other in whatever roles you fall into.

Now have at me, angry defenders. But I give you this tidbit with love and hope that we can move past some of these stereotypes and realize it’s about being real, authentic people.